Constructed in 1897, Elland Road Stadium is the home of Leeds United FC who play in the Premier League. The ground has a capacity of 37,890 and comprised of four stands: The Revie Stand (North), The Hesco Stand (East), The Elland Road Stand (South), and The John Charles Stand (West).

Since the infamous Hillsborough disaster, standing in the top two English football divisions has been prohibited, under the Football Spectators Act 1989 following recommendations made in the Taylor Report. However, in spite of these laws, it was identified by The Sports Grounds Safety Authority (SGSA) that many clubs had problems with football fans persistently standing throughout the matches.

In a recent general election manifesto, the government promised to work to develop plans to lift the ban and introduce safe standing areas.

As a result, the Premier League wrote to the clubs asking if they would be interested in participating in a safe-standing trial. If clubs were interested, they had to meet certain criteria before their applications for safe-standing areas were approved.

Successful applicants would be granted updated licences that would only allow standing in specially designated areas, and this would not require a major legislative amendment.

Leeds United’s application was approved to be part of the safe-standing trial, and in anticipation for legislative change, The Whites approached Stadia by GL events to install 200 GL-R rail seats in a safe-standing area. 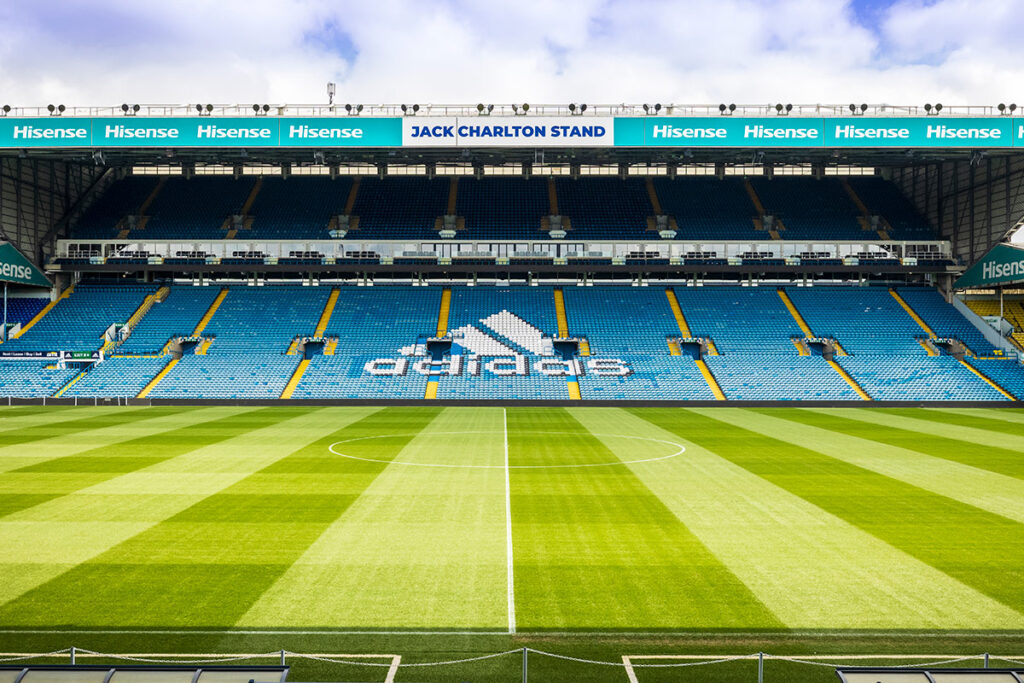 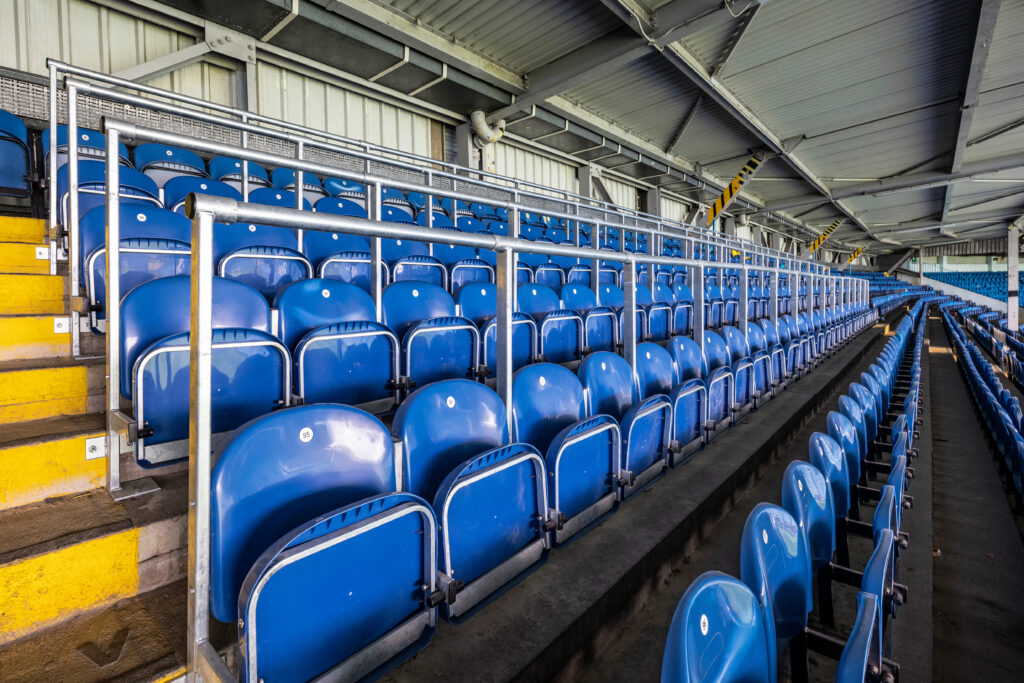 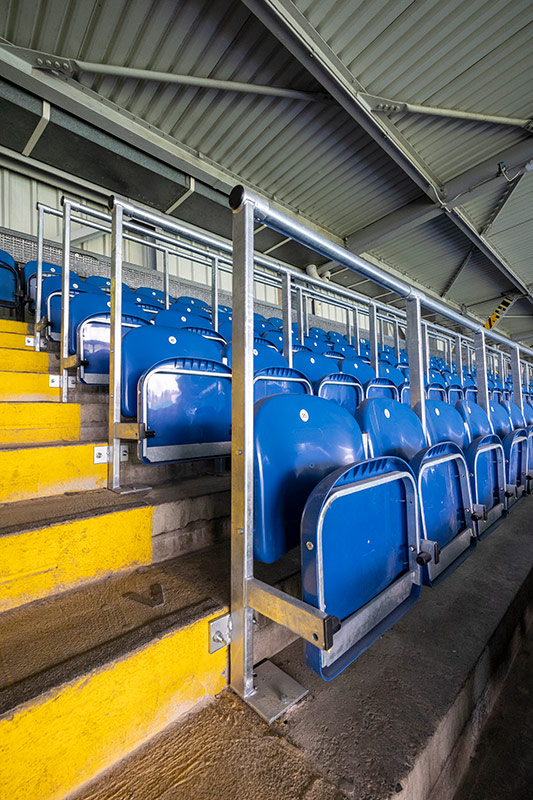 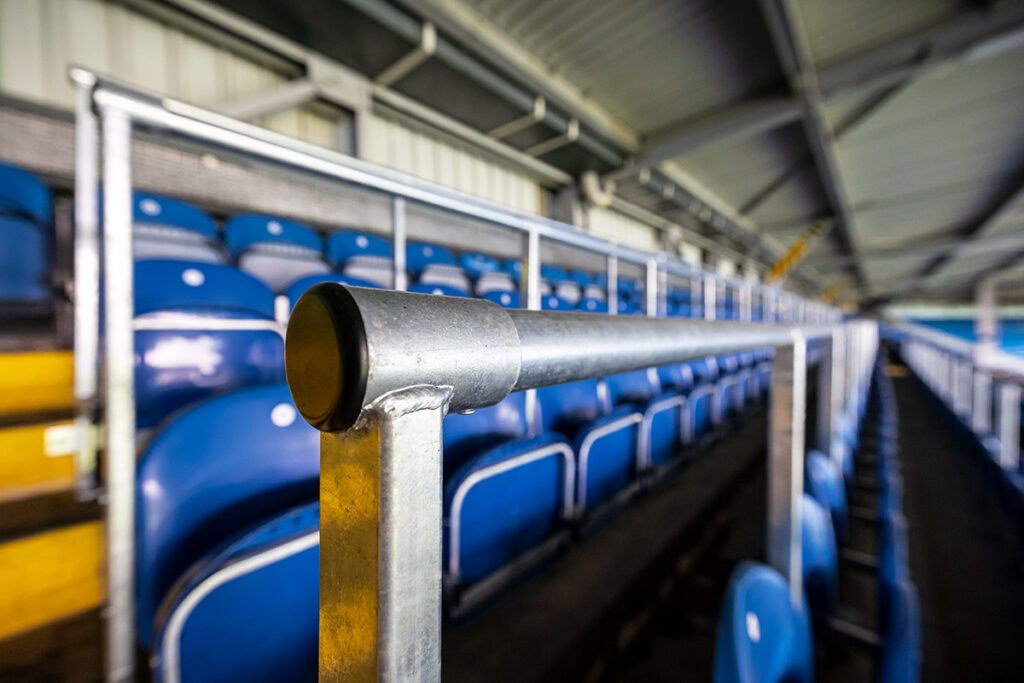 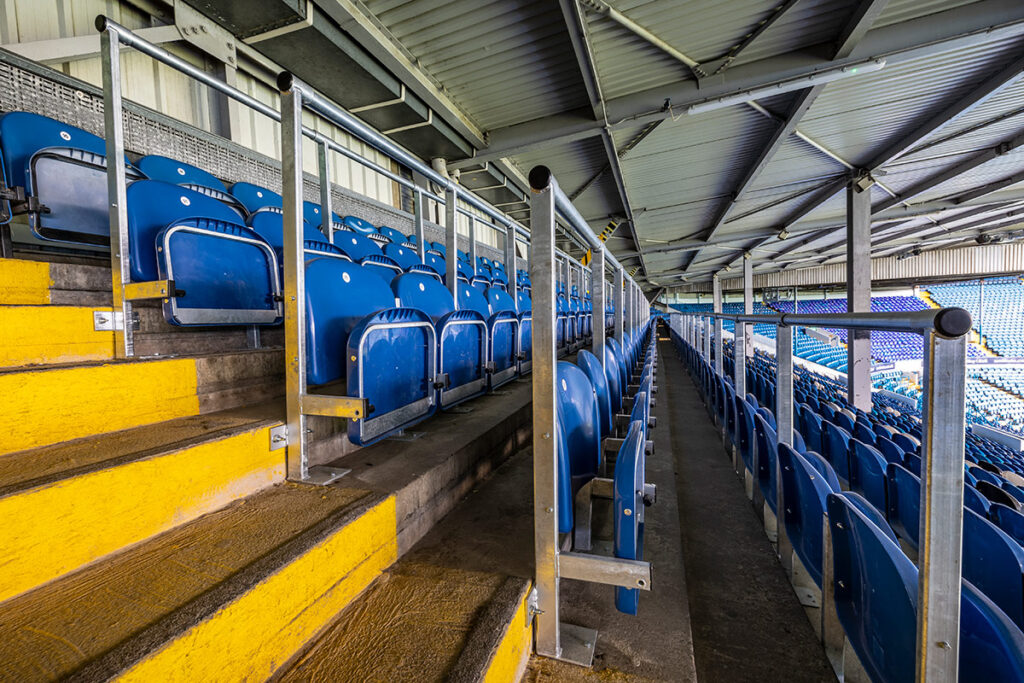 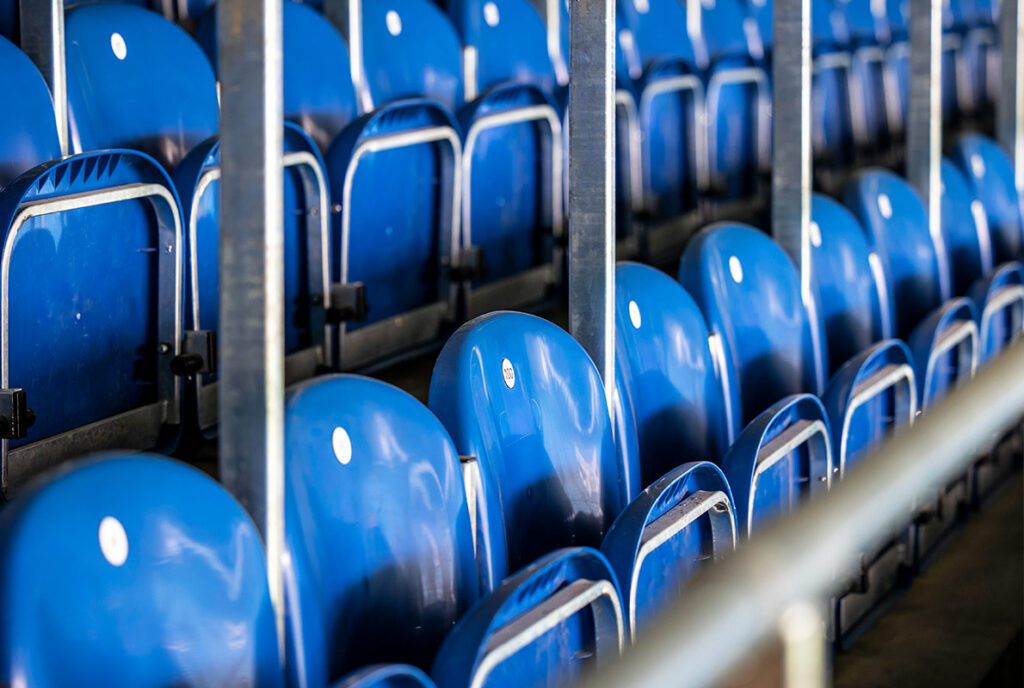 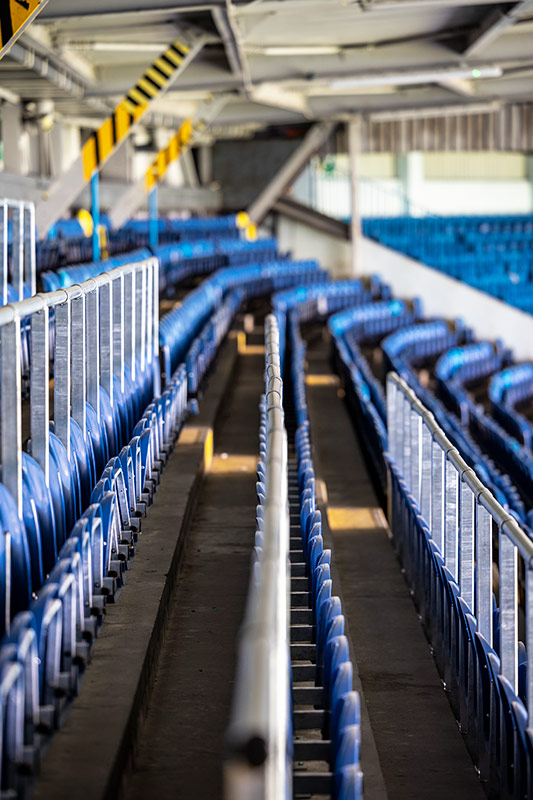 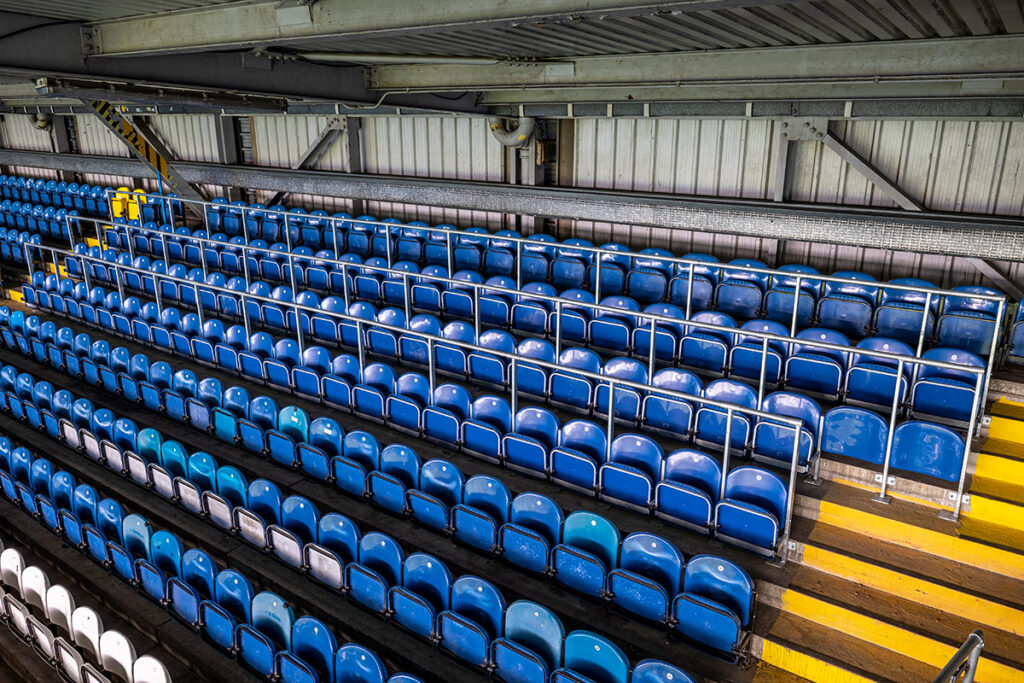 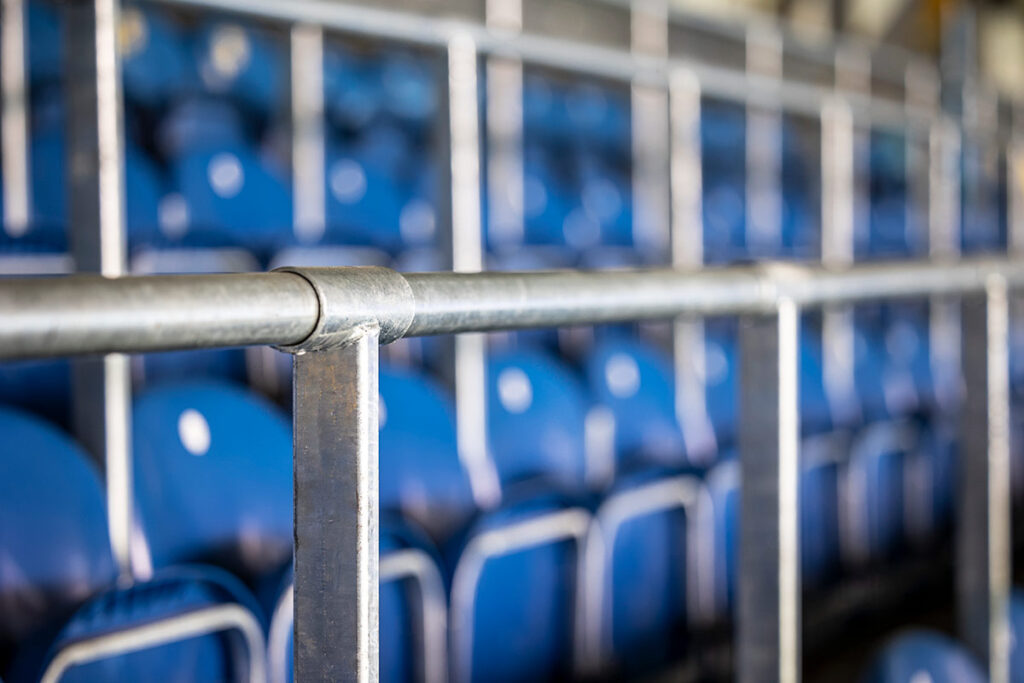 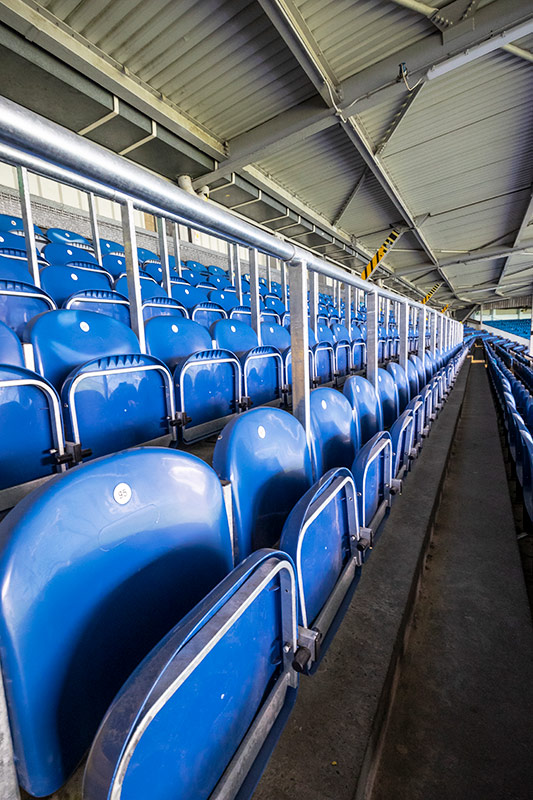 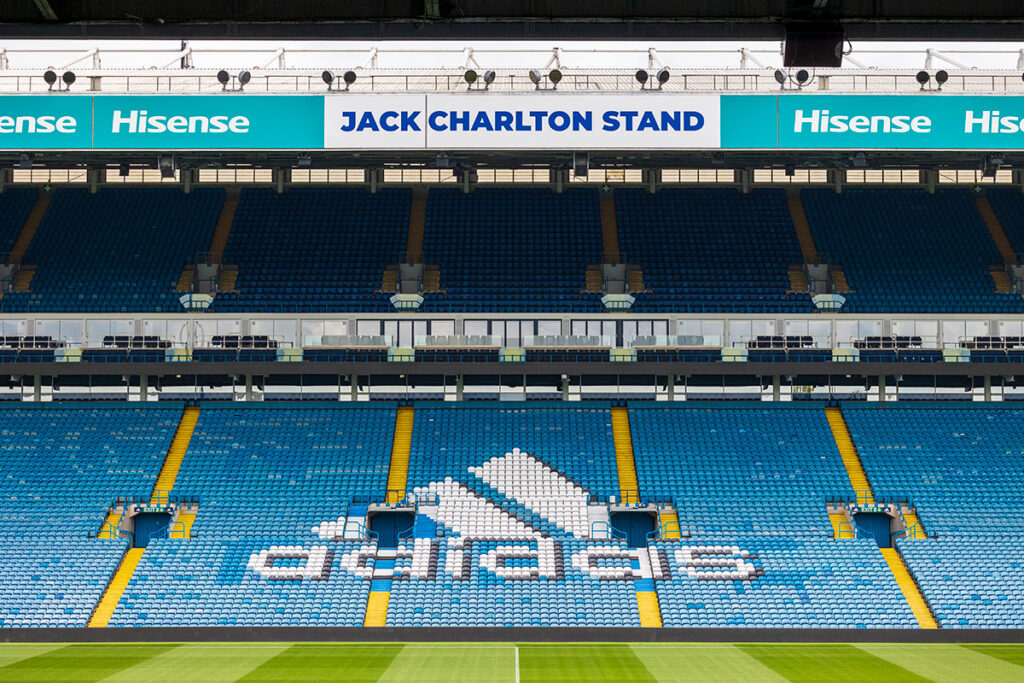 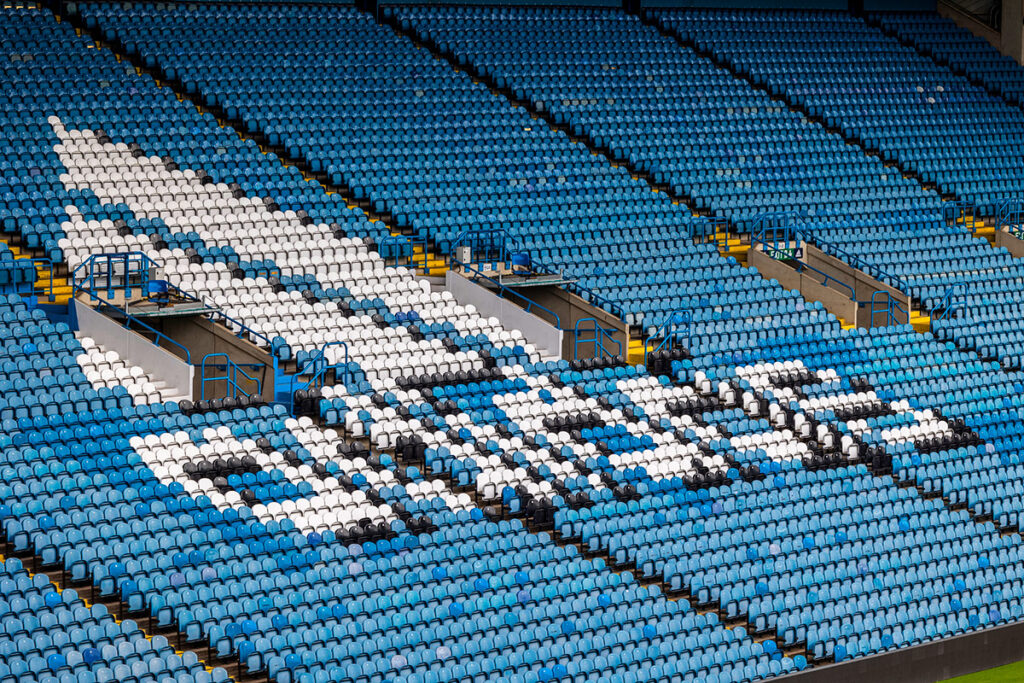 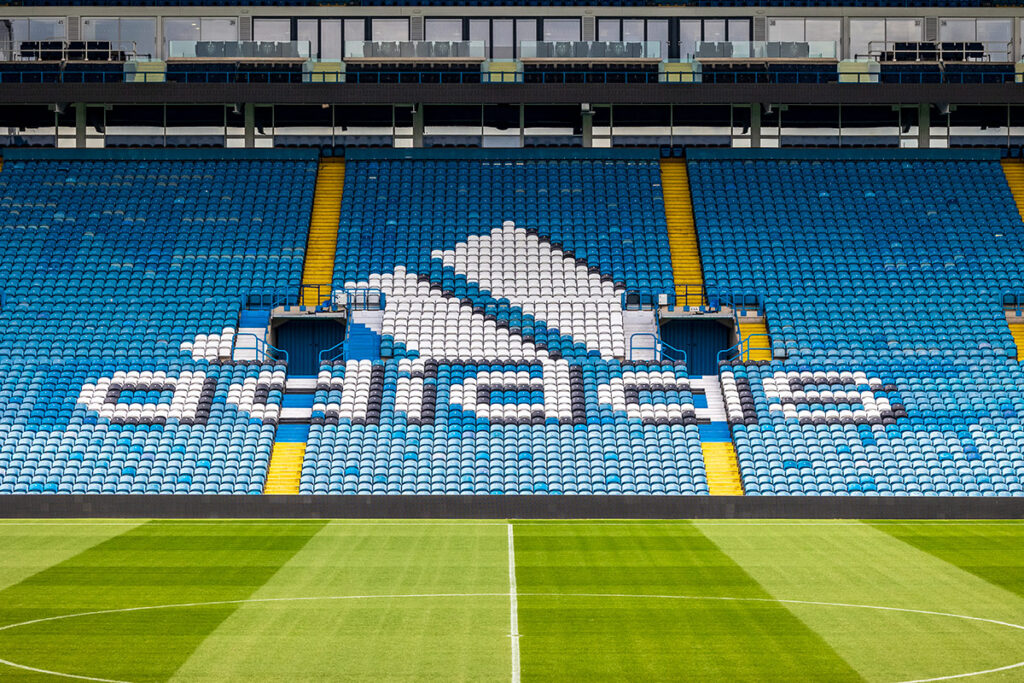 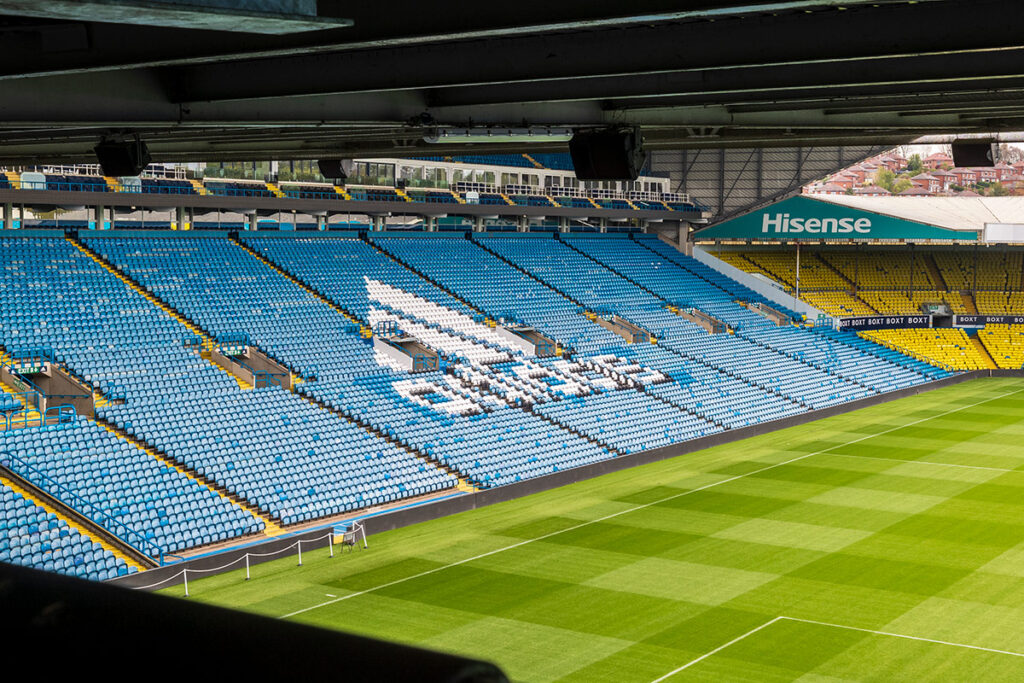 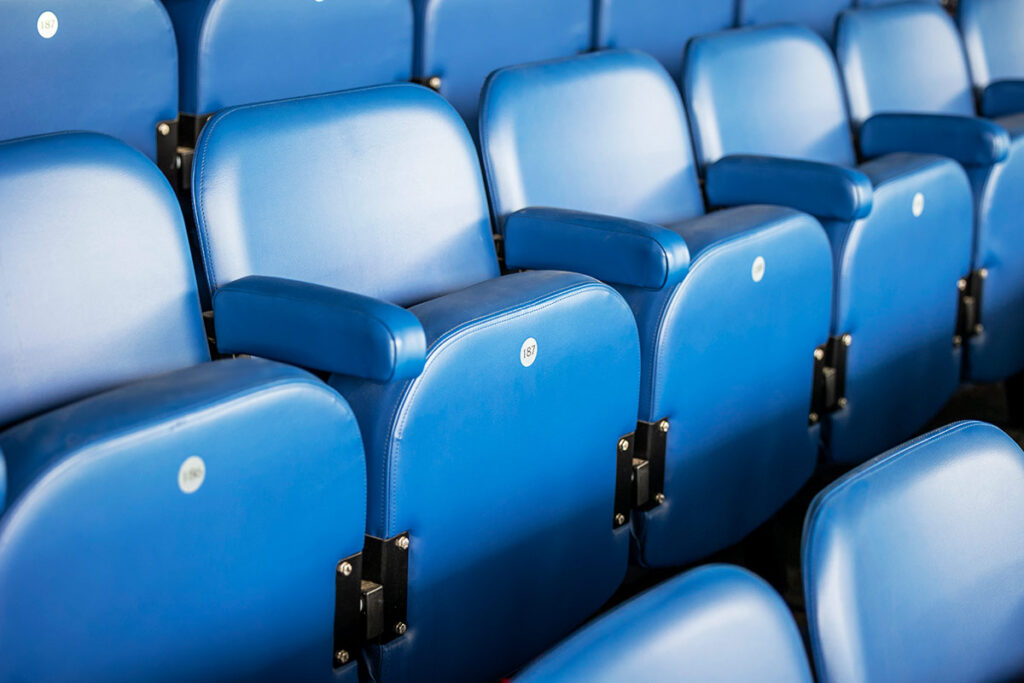 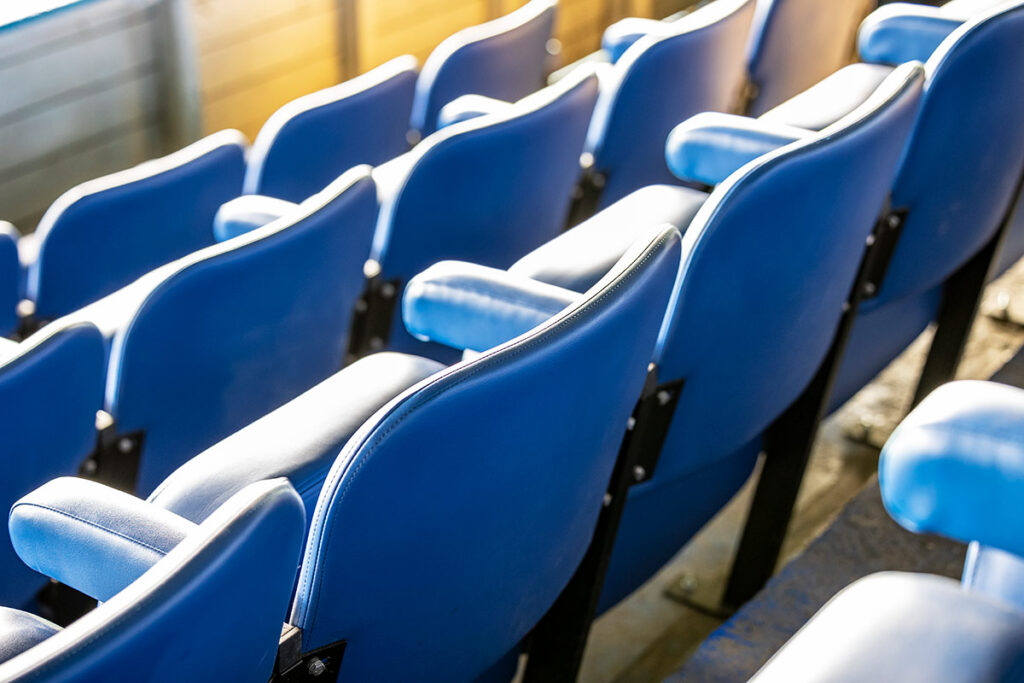 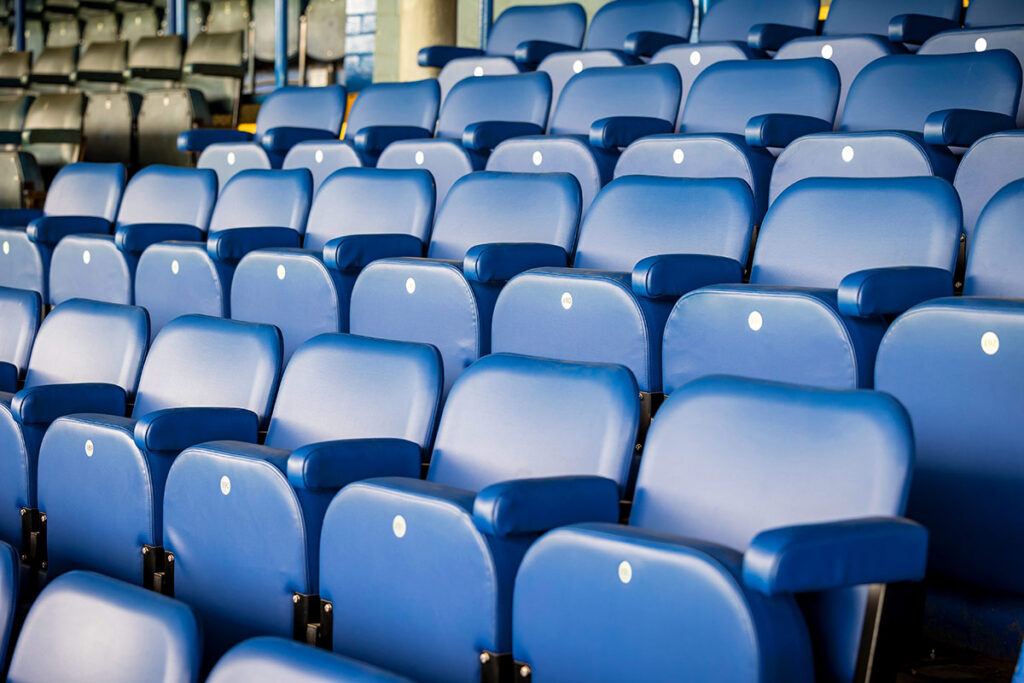 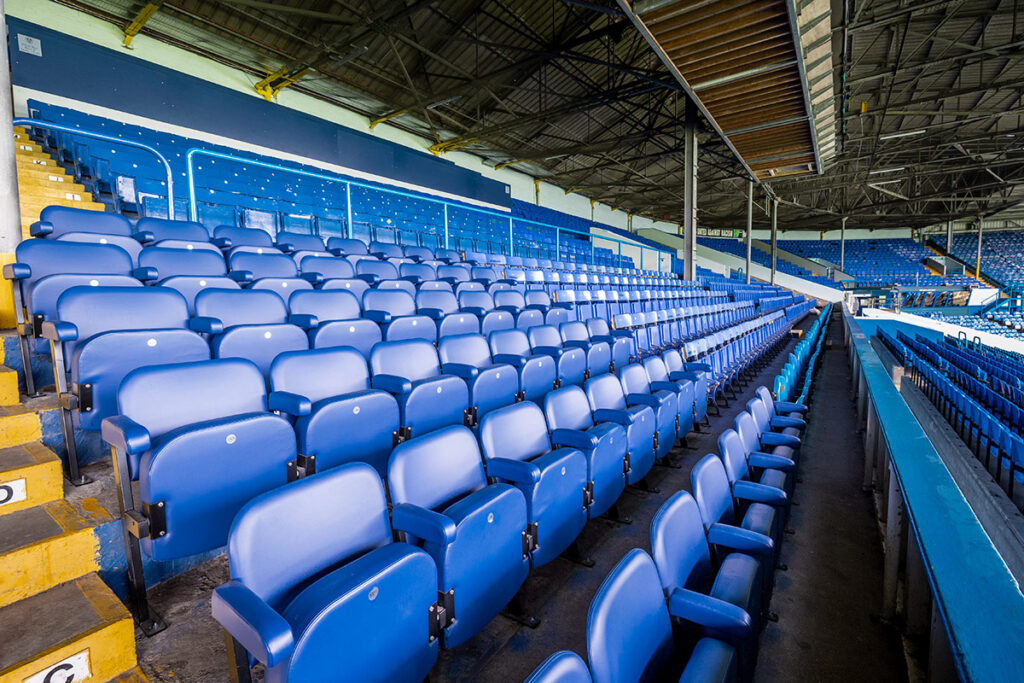 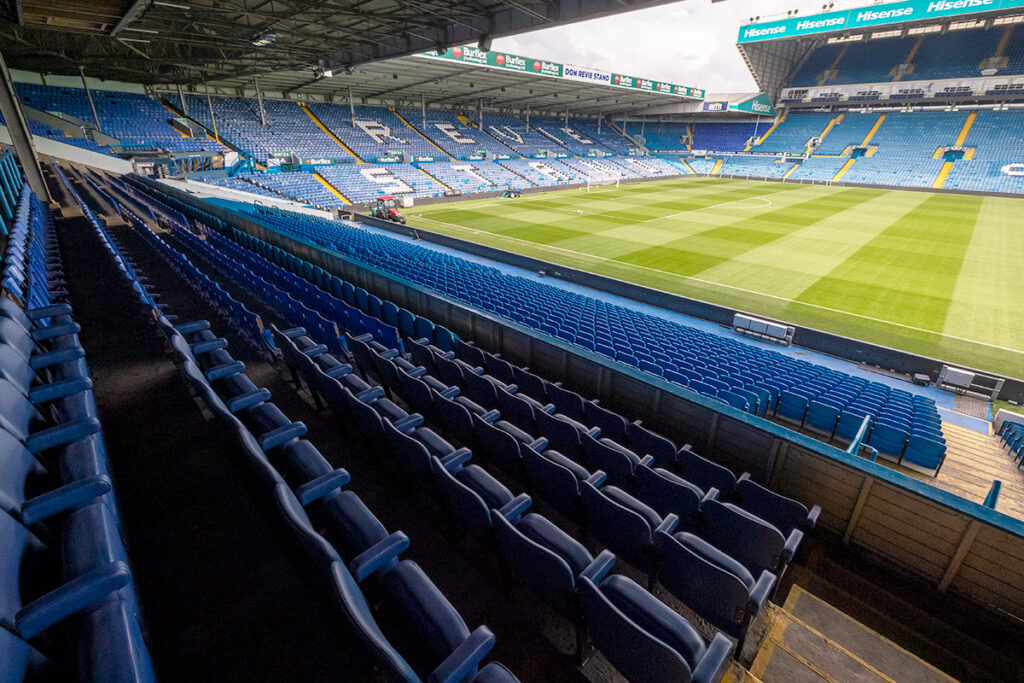 In this project, Stadia by GL events strategically met the requirements of the club, so as to ensure the installation had a positive impact on fans’ experience. However, it was also imperative that strict safety standards and criteria were adhered to, so as to exceed tests by all authorities responsible for stadium safety.

As a result, the 200 GL-R rail seats were installed in the designated standing area of the stadium, sited at the back of the Don Rovie Stand. These seats were installed in such a way that means that fans who prefer to stand occupy the same space as those who prefer to sit, thus mitigating the risk of overcrowding. The GL-R is also in compliance with Green Guide specifications.

Furthermore, in the John Charles Stand, Leeds United FC requested Stadia by GL events to install 48 premium GL-CLUB seats in the VIP area. The padded and counterbalanced seats offer a high level of comfort and durability. In addition, GL-H coloured plastics were also supplied in blue, white, and black, which were used to reproduce the club’s kit manufacturer’s logo, Adidas, within the stand.

Can we assist with your stadium requirements?

”The introduction of safe standing will have a positive impact on the safety of supporters. We look forward to working with Stadia by GL events again in the future, as we continue to make further ground improvements.

Reach out to our seating and stadia experts.