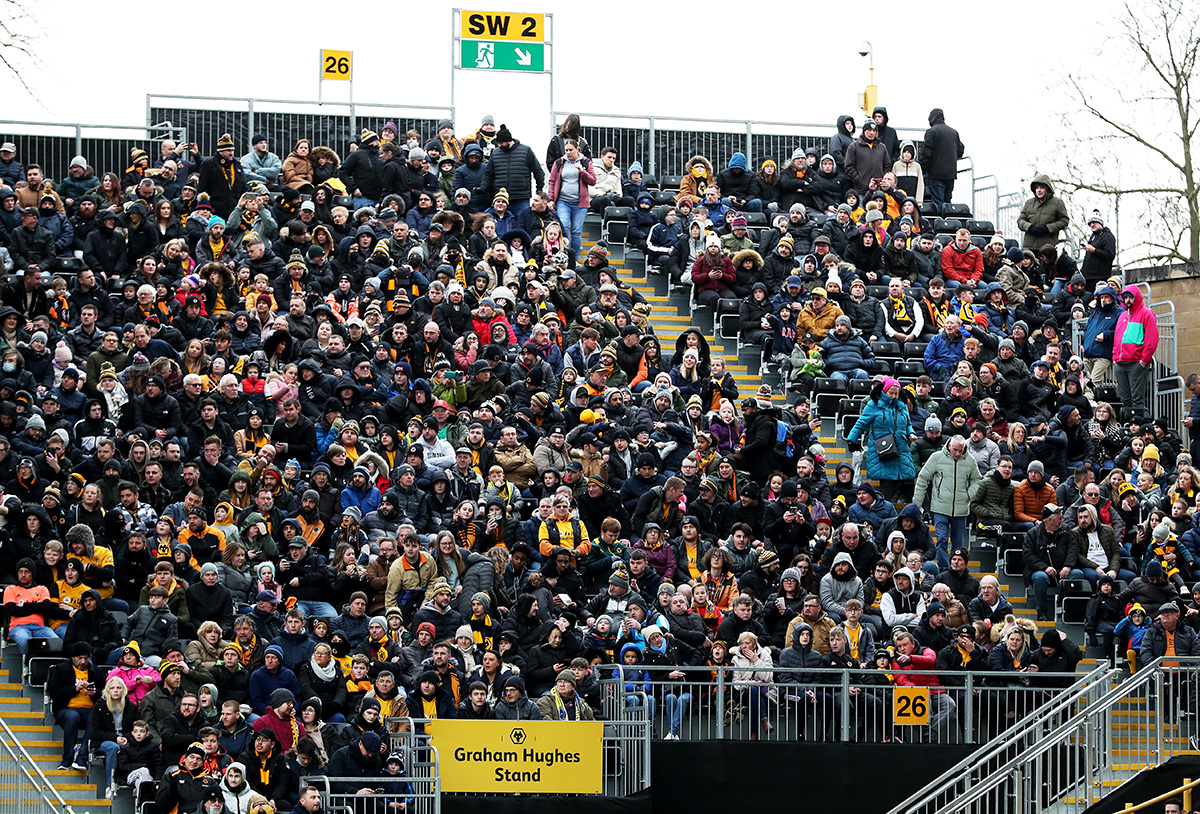 Home of the English Premier League’s Wolverhampton Wanderers, Molineux Stadium can accommodate over 30,000 spectators, including 846 seats within the Graham Hughes Stand.

Routine inspections of this part of the ground, which sits between the Sir Jack Hayward Stand and the Billy Wright Stand, identified significant structural deficiencies in the pre-existing substructure and foundations. The results of these surveys meant that the stand had to be reconstructed for the safety of the supporters, rendering it out-of-action for several months.

Having been let down by their previous stadium developer, Wolves approached Stadia by GL events to help restore the stand to make it structurally sound and operational, so that the club could once again maximise its matchday revenue.

Throughout the design and construction of the project, there were four major challenges that Stadia by GL events faced. These included the development of the foundations; the specific design of the substructure; the use of the existing superstructure and the difficult ground conditions on which to build. 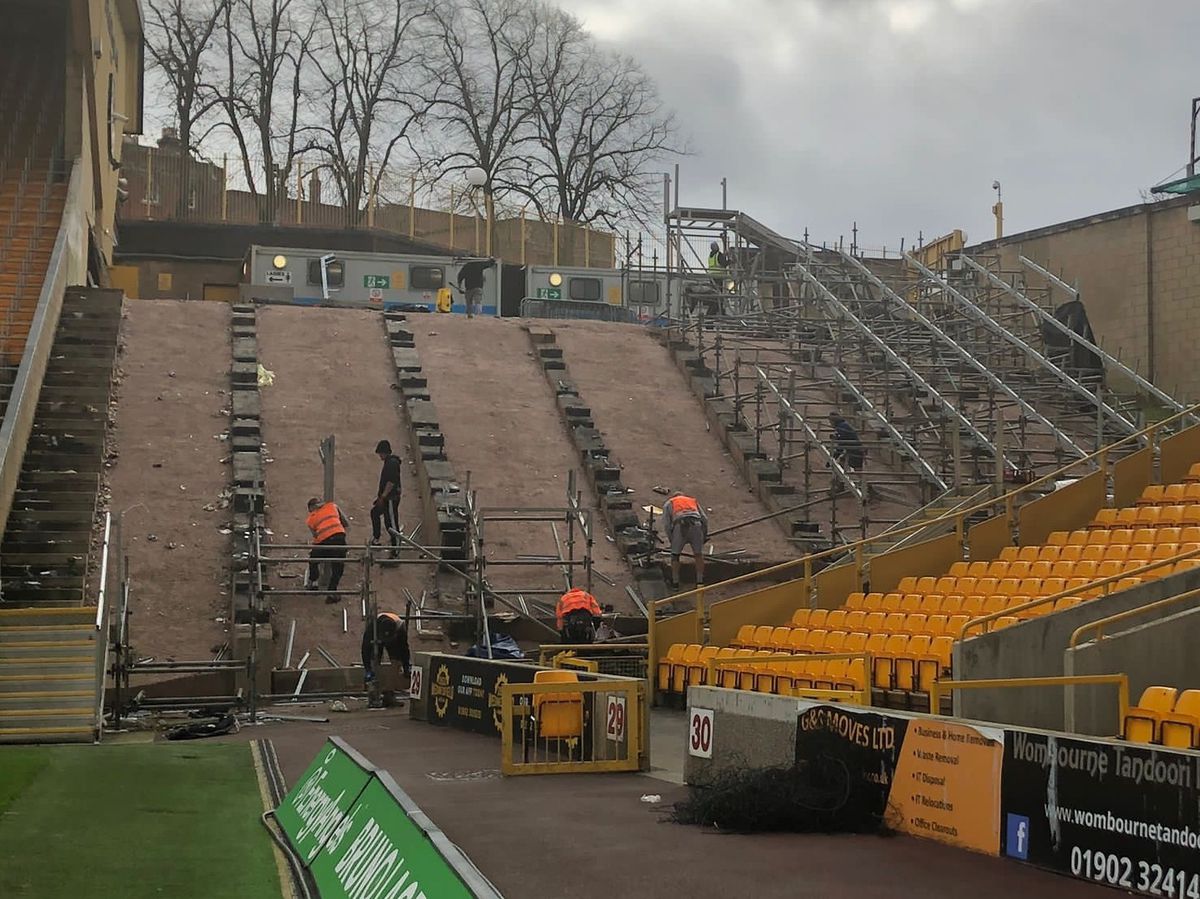 Despite the difficulties, Stadia by GL events worked to produce a viable, cost-effective solution for the Graham Hughes Stand. This included a new concrete foundation design, that offered increased strength to support crowd loads. Complemented by a fully galvanised structural steel substructure, adding durability and corrosion resistance for years to come and new, fully compliant staircases to support the above grandstand structure. 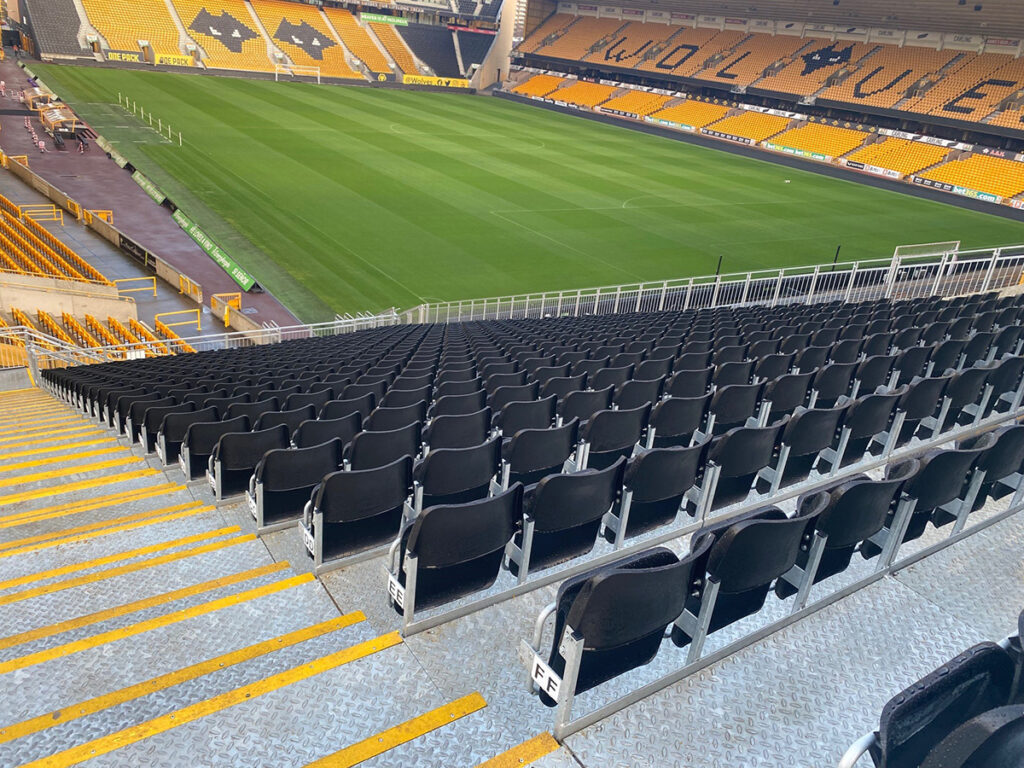 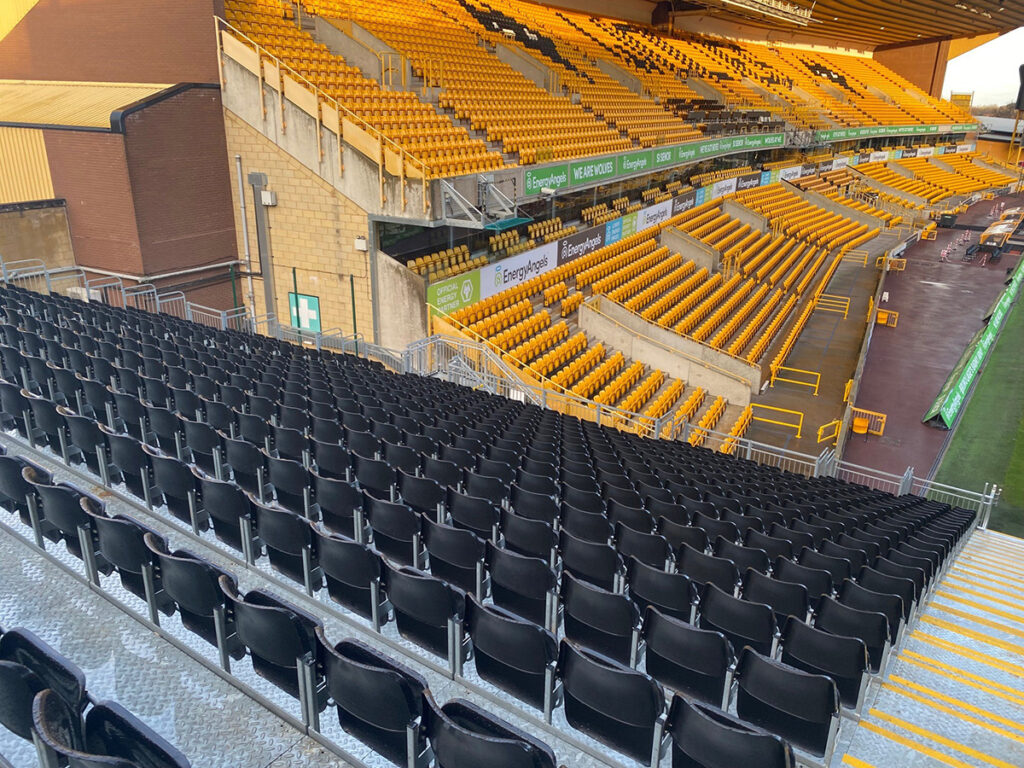 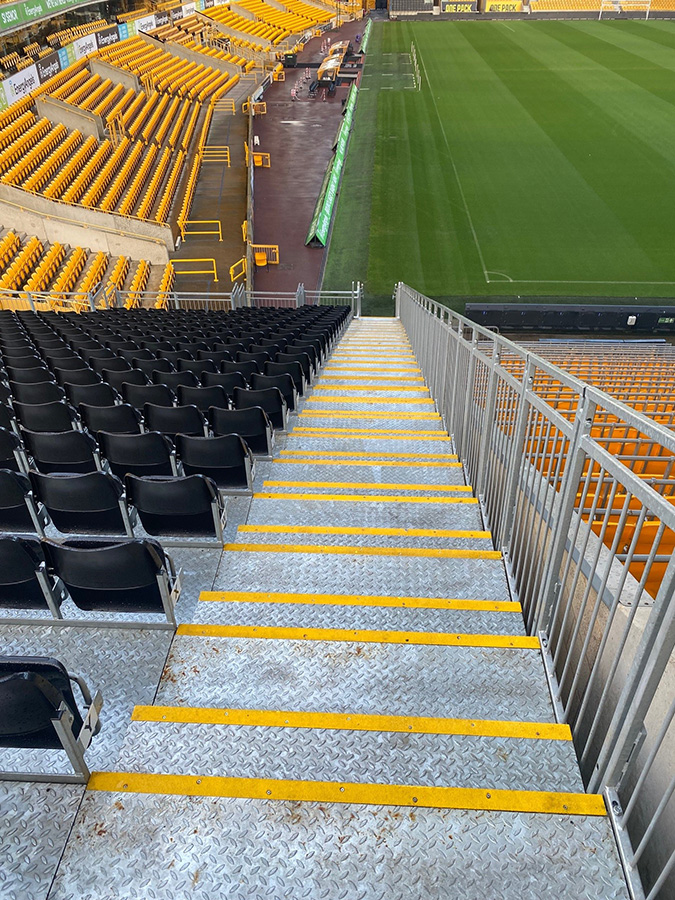 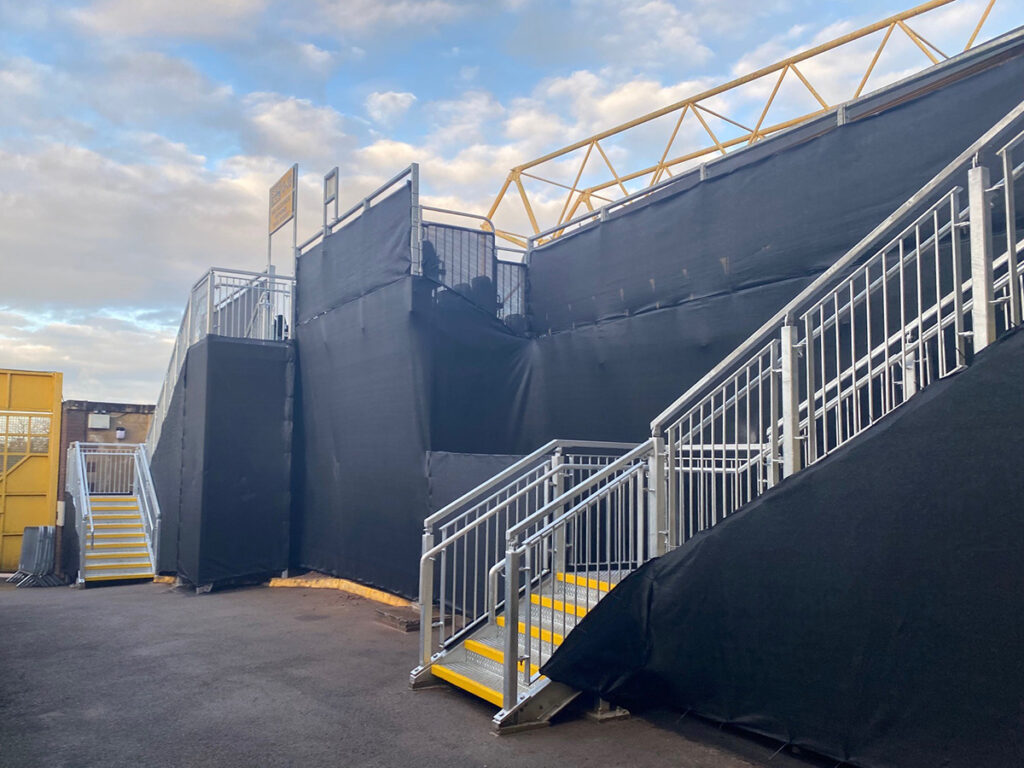 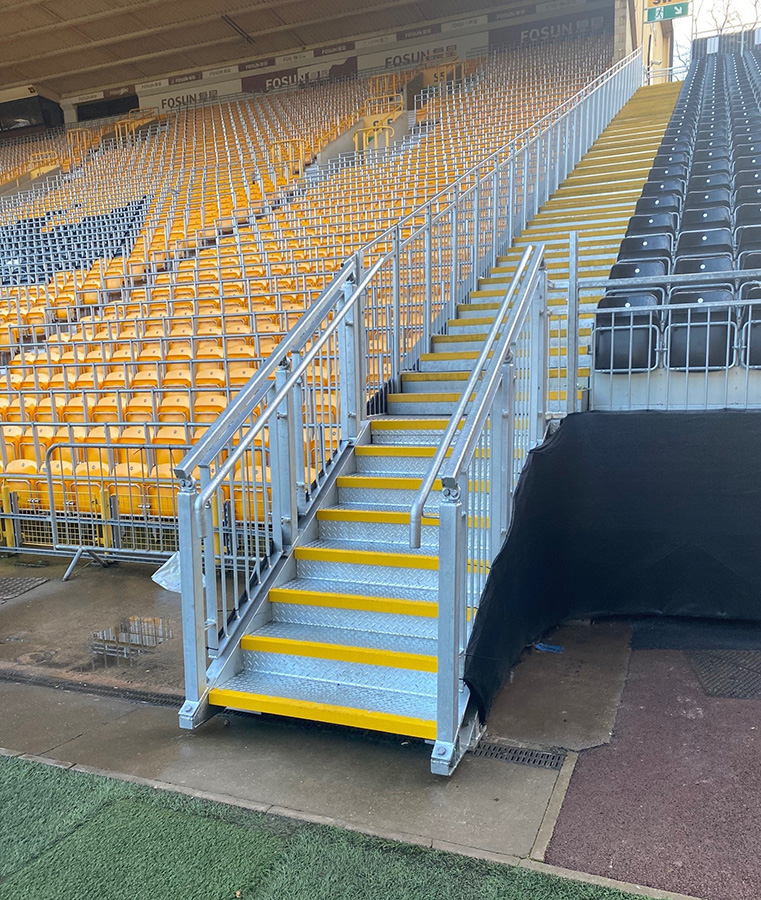 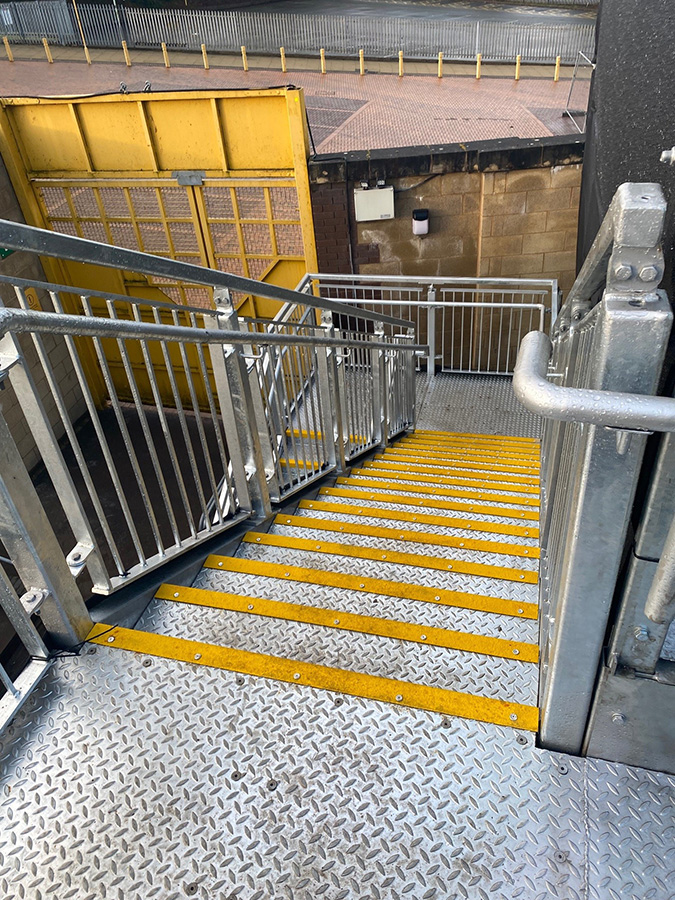 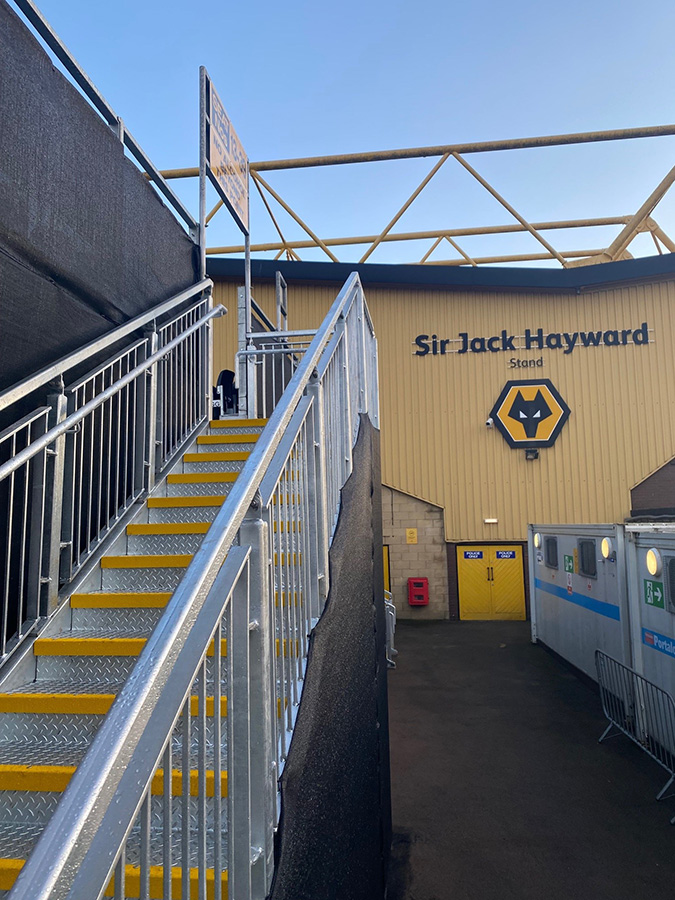 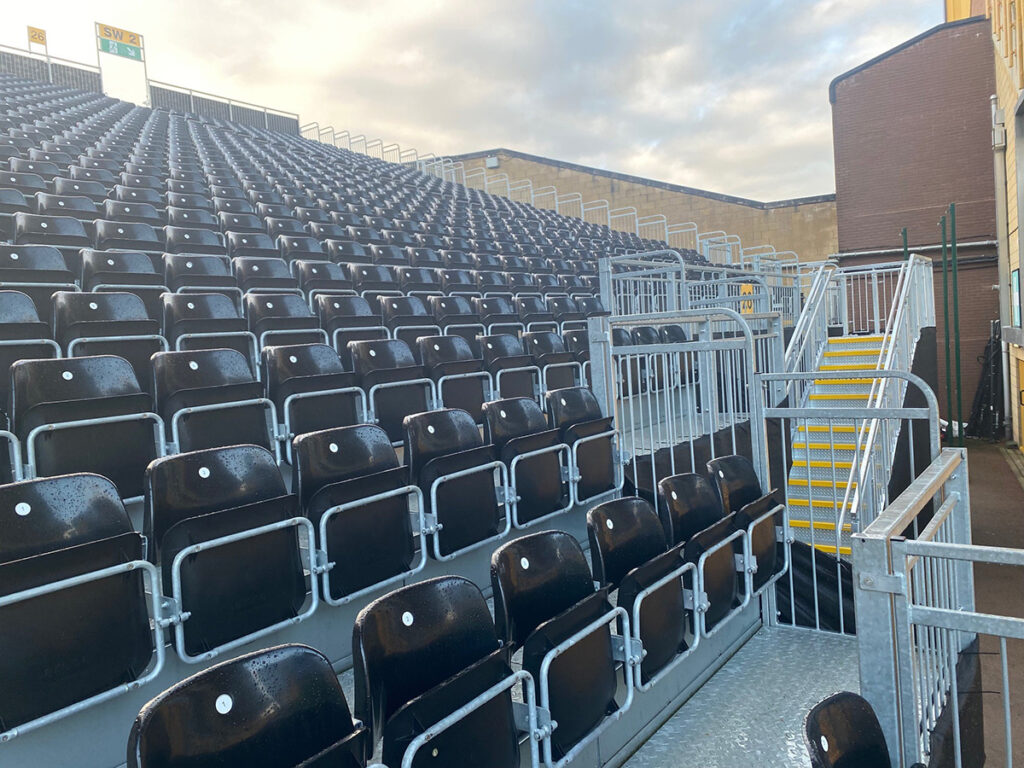 Stadia by GL events managed the entire groundworks and structural works on behalf of the Wolves, and at their request, a local groundworks organisation was appointed to carry out the foundations. Keeping things in the region, the substructure itself was outsourced to Stadia by GL events’ preferred steel manufacturer, based in Dudley.

”The newly restored stand has returned Molineux to its full capacity, enabling the club to maximise matchday revenue.

Taking three months to complete, the newly reinforced Graham Hughes Stand was officially re-opened in 2022, which was welcome news for all supporters who were disappointed by its initial closure. Now, the stand gives more spectators the chance to watch the upcoming matches, which means the stadium can return to its original capacity and boost the club’s revenue.

The club’s Facilities, Safety & Security Director, Steve Sutton, commented, “The opening of the newly reinforced Graham Hughes Stand ensures a safe and enjoyable spectator experience for our loyal fans. Not only has this returned Molineux to its maximum capacity, but it has also enabled the club to maximise its matchday revenues. We are extremely pleased with the results and look forward to working with Stadia by GL events again in the future.” 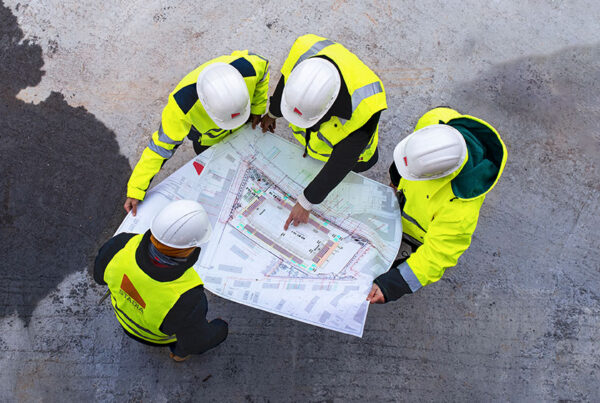 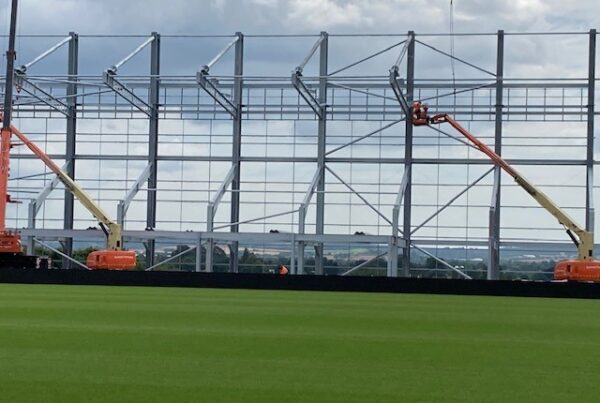 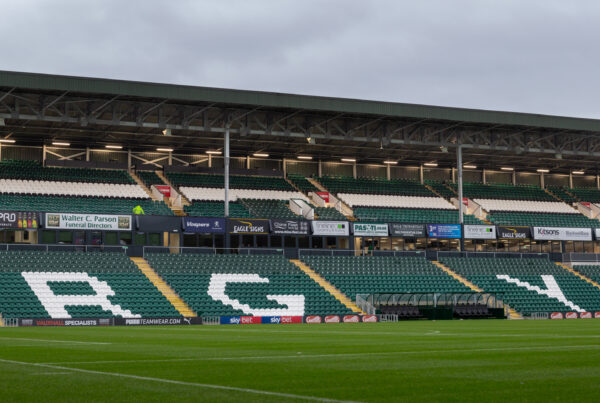